Before I get to In My Mailboxness, I just need to say this: 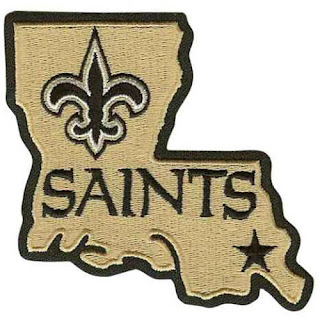 The Saints won last night against the Cardinals, which is AWESOME news. Now they just have to win against the Vikings, and to the Super Bowl they will go.
Why do I care, you may wonder? Well, my sister and brother and father have all been huge Saints fanatics for basically, well, their entire lives, supporting them through all their terrible playing. I've tried to care, but really, football just doesn't interest me.
This year, though, I SO want the Saints to go to the Superbowl! Not because I've suddenly developed an interest in football (I haven't seen a single game this season), but because my father has offered to buy me a plane ticket home and then plans on taking us all to the Superbowl. If they Saints are there. So, a free trip home? Awesomeness check! A free trip to Miami from home? Awesomeness check? A chance to get to hang out with the whole fam when it's not Christmas? Awesomeness check! A chance to get all those books I haven't read that I had to leave at home at Christmas time because of space issues? Awesomeness check!

Now on to things that might actually interest you guys.

In My Mailbox awesomeness is brought to you by Kristi at the Story Siren!!!!

Despite the fact that I have a HUGE TBR pile that has to be finished by the end of March, I managed to talk the boyfriend into buying me two books this week while on an outing at Fnac. Yay! 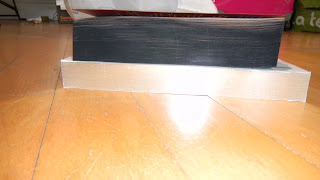 Is it weird that one of the reasons I am most excited about these books is because of how beautiful they are from the side? Maybe you can't tell because of the flash, but that bottom book is a beautiful silver on the side!! 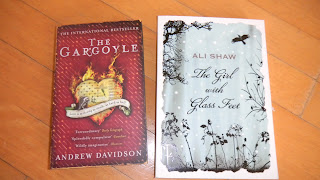 I'd never heard of the first book, but it just sounded so interesting; I kept going back to it over and over again, so finally I had to get it. Right when we got home, I read over at The Bookette that Becky also is planning on reading this book soon. The Gargoyle is a book I have actually been wanting to read for a while now.

I'm also psyched because the boyfriend also bought a huge stack of books for himself, most of which I am super excited about! 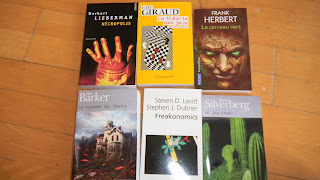 -City of the Dead - Herbert Lieberman [I have to admit that I probably won't be reading this one]
-La Theorie des Jeux (Game Theory) - Gael Giraud [This book doesn't seem to be out in English. It looks super interesting, though!!]
-The Green Brain - Frank Herbert
-Freakonomics - Steven D. Levitt and Stephen J. Dubuer [already read this one!]
-Weave World - Clive Barker [YAY!!!!]
-Thorns - Robert Silverberg

And that's all for this week, folks! :-)
Posted by brizmus at 5:09 AM
Email ThisBlogThis!Share to TwitterShare to FacebookShare to Pinterest
Labels: IMM, Saints

I've been wanting to read Gargoyle and the Girl with the Glass Feet for a while now too! Hope you enjoy them!

Not heard of those books, so can't wait to see a review on them.

P.S. Hope the saints win so you can get a free trip home!

Great mailbox, looks like you have some great reading ahead of you!

You're right the first two book covers were beautiful! I haven't read The Gargoyle yet but it's around my room somewhere lol, enjoy the rest of your books too! Oh and yay for the Saints lol even though I don't watch football I'm happy you're happy hehe :D

I've been wanting to read The Gargoyle too but have yet to get it, but I've read good things about it. Hope you enjoy!

My brother highly recommends Freakonomics, but I haven't gotten to it yet. The book on Game Theory sounds very interesting, though I don't read French. :-)

I totally get the pretty-from-the-side thing, one of the reasons I bought Dawnthief by James Barclay (it had purple sides <3)

I've been wanting to read Freakanomics for a while too =D

Awesome books you got this week. The Girl With Glass Feet looks really interesting. Hope you enjoy reading all your books.

The Gargoyle sounds really interesting, I hope you enjoy your books :)

Have a great week!

Ooh, I like sparkly things on the side of books. Especially when they're silver or gold. :P
Haven't heard of these books, but they sound good. Happy reading!

Ooh you have a different cover on Girl with the Glass Feet to mine. I probably won't read it for a few weeks but it would be awesome to have a discussion about it. Nice to know other YA bloggers are reading adult books too. Enjoy!

Ooh, I want the Girl with the Glass Feet! (and I just bought The Gargoyle awhile back!).
Good week!