Old Reviews (3): South of the Border, West of the Sun by Haruki Murakami and the Spiderwick Chronicles by Holly Black and Tony DiTerlizzi 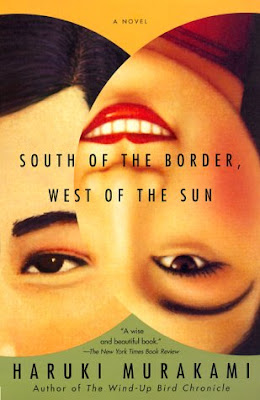 Title:South of the Border, West of the Sun

Recommended? ABSOLUTELY; maybe not to someone who only reads young adult, but other than that I would say, if you like to read, you'll like this.

What I Have To Say: I love Murakami's writing style and the way he always manages to turn a slightly boring character that one would rarely ever think about into something fascinating and almost always strange. This book isn't any exception to that, and I loved it for everything it was, and there was nothing missing from it. It's just so hard, though, not to compare it to everything else I have ever read by him, and because of that, I just can't give it the five stars it perhaps deserves.

Summary:In South of the Border, West of the Sun, the arc of an average man's life from childhood to middle age, with its attendant rhythms of success and disappointment, becomes the kind of exquisite literary conundrum that is Haruki Murakami's trademark. The plot is simple: Hajime meets and falls in love with a girl in elementary school, but he loses touch with her when his family moves to another town. He drifts through high school, college, and his 20s, before marrying and settling into a career as a successful bar owner. Then his childhood sweetheart returns, weighed down with secrets.
N.B.The GoodReads summary goes on, but I thought it should end there. 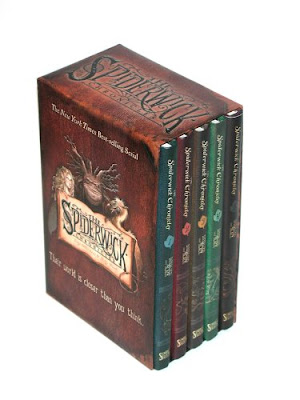 Recommended?For very young readers or parents that don't mind reading to their children about magic and scary creatures

What I Have to Say:These books are for someone way younger than me. Each of them takes about a half hour to read, and I didn't read them all together, which I definitely should have. Maybe then I would have liked them more. As it as, I was kind of bored and spent the whole time wishing there were less of them and that they were over. I wouldn't have finished had I not been a little bit curious. And I wouldn't have been curious had there not been so many mystical creatures. So I guess it was okay. It was just,. . .VERY young. Even for me.

Summary: It all started with a mysterious letter left at a tiny bookstore for authors Tony DiTerlizzi and Holly Black. Its closing lines: "We just want people to know about this. The stuff that has happened to us could happen to anyone." Little could they imagine the remarkable adventure that awaited them as they followed Jared, Simon, and Mallory Grace and a strange old book into a world filled with elves, goblins, dwarves, trolls, and a fantastical menagerie of other creatures. The oddest part is in entering that world, they didn't leave this one!

Five captivating books!
One thrilling adventure!
The Spiderwick Chronicles
N.B. I still want to see the movie!
Posted by brizmus at 10:44 AM
Email ThisBlogThis!Share to TwitterShare to FacebookShare to Pinterest
Labels: 2 1/2 stars, 5 stars, old review

South of the Border, West of the Sun's cover looks really interesting, I might have to look at that one sometime. And I've never tried the Spiderwick Chronicles, but I might be recommending it to my little cousin, thanks! :)

Nice and short :)
One should not forget the older books. I remember reading so many good ones and would love to review those too. or perhaps read a new one, like that first book

I just saw an omnibus volume of Spiderwick that includes all of the books plus some extra chapters. I thought about picking it up but wasn't sure, but maybe it's a good idea, since then I can read them all at once. It sounds like that might be the best way to read them!

I love that you combined these two into one post. I have yet to read SOTB/WOTS, but I want to. I am so behind in my Murakami.

Hy again! Sorry it took me so long to reply. So a link exchange, is when you follow someone's blog and they do the same. Thanks for the award! Very much apreciated! :D
G'luck@

I've heard great things about South of the Border, West of the Sun, but haven't gotten around to reading it yet (I feel like I've been saying that a lot lately!) I'm glad you enjoyed it and it's definitely going on my list for later!

Thanks for those reviews. The cover of South Of The Border is, to me, very odd though I can't quite put my finger on what I found so unsettingly strange.
The other way round from you, I've seen the DVD of The Spiderwick Chronicles but have yet to read the books which are amazing, a million times better than the film or some I'm assured by niece #2, aged 10.