Sunday's Star is a weekly meme that I host here at Brizmus Blogs Books. Basically, I feature a band that I love. In the hopes that you love them, too, or that you will grow to love them.

This week, I want to talk about LESS THAN JAKE!!!! 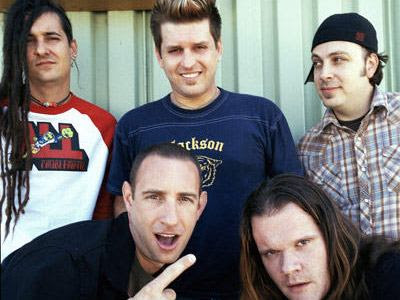 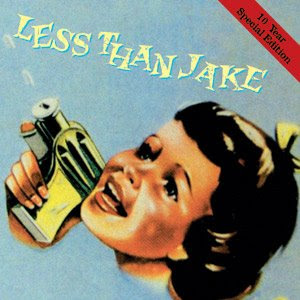 For those of you who are, like me, in your mid to late 20's, you probably remember Less Than Jake from back in the day. By back in the day I mean the high school years, of course. You might remember a little album called "Pezcore" aka one of the greatest albums of all time. Most likely, though, you've forgotten about them. Or you haven't heard about them for a very long time. Or maybe you've never even heard of them. For those of you that are younger, this is quite probable.
It is also very sad. Sad indeed. 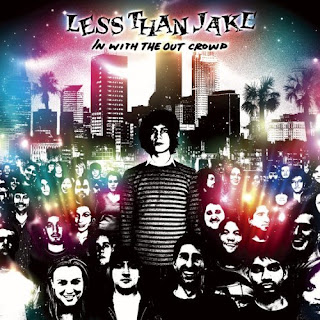 Less Than Jake are one of the most wonderfully poppy and addictive ska punk bands to ever hit the scene. You hear them once and you will never forget them. It's just a fact (though, admittedly, not a scientifically proven one).
I've seen them in concert several times (the first was back at the second Warped Tour ever, if I am not mistaken!; another they played with Frenzal Rhomb, Australian punk rock, and I had the honor of hanging out with both bands for several hours), the most recent of which was about 4 years ago. At this time, the singer said something that I found very upsetting. They had just played two songs from their most recent album at the time, In With the Out Crowd, when they stopped to announce: "Don't worry guys, we won't be playing too much of our new stuff, because we know it's our old stuff that you love. It's our old stuff that we love, too." 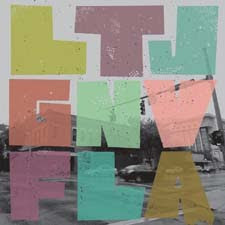 I was all "SAY WHAT?!?" Now, don't get me wrong, I ADORE their old stuff. But I think that their new stuff is awesome as well. And, apparently, totally underrated. One of my favorite Less Than Jake songs, the Science of Selling Yourself Short, is actually from one of their newer albums. And my NaNoWriMo soundtrack this year has been going back and forth between NoFx, Green Day, the Backstreet Boys, Miley Cyrus, and, of course Less Than Jake. But not just any Less Than Jake - their newest album, "GNVFLA." Because it is so so so so SOOOOOOO good!

And there you have it, folks, "the Science of Selling Yourself Short." Awesome, right?
The story before the video is why I decided they needed to be posted this week. Because I have been loving them so much lately (and appreciating them acting as a pseudo muse for my writing), and they fact that they have become an unknown, underrated band makes me super sad.

So that's it for this week. Check out LESS THAN JAKE's website if you want to learn more about them!
Posted by brizmus at 3:09 PM
Email ThisBlogThis!Share to TwitterShare to FacebookShare to Pinterest
Labels: Sunday's Stars