Sunday's Stars is a weekly feature here at Brizmus Blogs Books in which I talk a little bit about a band I love.
(I am SURE that this is also done in other blogs, but I have never actually SEEN it being done, so I can't give credit to anyone. Sorry!)

And that band would be 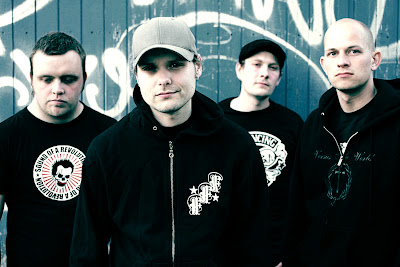 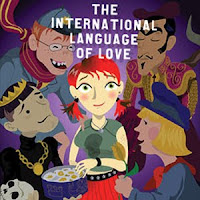 I first discovered the 20 Belows via a compilation on Whoa Oh Records, International Love Songs, on which they have four songs. I absolutely fell in love with the buzz pop bubblegummy deliciousness of Shiny Little Hearts and since then just haven't been able to get enough of their overly catchy rock-a-long tunes.
Really, I'm serious when I say you just can't help but get up and pogo along. Or at least bob your head. 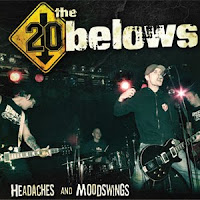 Listen to them and try to stop your head from bobbing. I'm serious; you will fail.
The 20 Belows are a Denmark based melodic punk rock band. Their first album, Headaches and Moodswings, can be found at Whoa Oh Records. They also have songs on 7"s and compilations released on Sugarfix Records, All Nite Records, Sonic Rendez-vous, and Netherlands based Stardumb Records. They're supposed to be one even more amazing live than recorded, and I am sad to say that I have never had the opportunity to see them. ::sob::

If you liked that, don't hesitate to check out their myspace page to hear some of their newer stuff.

Or, if you're interested but want to know a little bit more first, I present a short bio that I have copied and pasted from their web page.


The 20Belows is a melodic punk rock band from Copenhagen, Denmark. With inspiration from bands such as the The Ramones, Screeching Weasel and The Queers, you would maybe fear that just another pop punk band had been born but that couldn’t be further from the truth actually. The unique song writing style that combines both a large variety of tempi but also displays a welcoming textual universe underlines the very reason for the existence of The 20Belows. Relevant, charming and refreshing.

The band began in 2001 as 3-piece and recorded a 16 track demo that instantly caught the attention of pop punk fans around the world. In 2003 The Peachy Keens front man, Kasper Keen, joined the band on guitar adding more power to the sound.

Since then they have played shows all over Europe with bands such as The Used, Volbeat, Groovie Ghoulies, Epoxies, The Queers, Mcrackins, Radio Days, Deadbolt, Darlington, Teenage Bottlerocket, Zatopeks, The Apers, Manges and many more. It is also here that the bands’ prolific force really shines, as they are to be considered an extremely tight and interactive live band.
Posted by brizmus at 9:48 AM
Email ThisBlogThis!Share to TwitterShare to FacebookShare to Pinterest
Labels: Sunday's Stars

I had to check this out. I'm not familiar with this type music as I remember the Beatles on Ed Sullivan. They are interesting, but not what I want to hear.