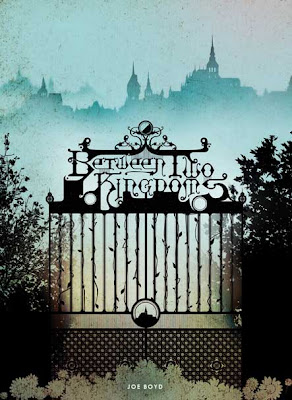 Who Should Read It? This book is a very obvious llegory for the constant war between Good and Evil, God and Satan, and yet, I still would recommend it to Non-Chrisians. Christians will enjoy this book through their ability to relate to the trials in faith of the characters, but non-Christians will also enjoy the story and find something to be gained from this book, if they keep an open mind!

What I Have to Say:
This was a beautifully written, endearing story. Tommy, along with his friends, all live in the Upper Kingdom with the Great King and the Good Prince. They are eternally 7 years old, and it shows through their adorable innocence. And yet, because they are eternally 7, they also have life experience which allows the reader to relate to them as if they are adults. And when they go into the Lower Kingdom, that is what they become.

The Lower Kingdom is populated by miserably, unhappy people who don't believe in the Upper Kindgom, most of whom need saving of some sort. They are headed by an evil king who has come up with an even more evil plot to retain control over all of his citizens and to never have to fear losing them to the joy and beauty and hope of the Upper Kingdom.

It is a very obvious allegory for heaven and hell and the eternal fight between Good and Evil, God and the Devil, and that's what it's supposed to be. Still, when Tommy and his friends are sent by the Great King into the Lower Kingdom to help build treehouses and open people's eyes to the magnificence of the Upper Kingdom, the reader will find themselvses drawn in despite themselves. For Christians and Non-Christians alike, it is impossible not to enjoy the adorable, action-filled story that follows. Most people will be able to relate in some way to the trials faced by Tommy and his friends as they battle their way through the non-believers to the castle and the king in the lower kingdom.

This story is told with such simple brilliance that, while reading, I had somewhat the feeling of sitting by a campfire, chewing sugar cane, and listening to my grandfather tell one of his crazy stories. Because more than anything, that's what this is, a story, a tale to be passed down through the ages, and Boyd communicates it to the reader in such a way to keep them curious, engaged, and turning page after page, wanting more.

My favorite thing about this book, though, was that it questioned. Each of the characters, after an extended period of time in the Lower Kingdom, was forced to question their faith and their belief in the Upper Kingdom and the Great King. They did not just blindly follow and blindly believe (well, one of the characters did), and their reasons for questioning were all valid things that I am sure are faced my most Christians. As such, in a way, if you are Christian, this book WILL make you question your faith, and it will also help you make decisions about your life and yoru faith accordingly. As someone who is a firm believer in constantly questioning everything (and then CHOOSING to believe, as opposed to just BELIEVING - I mean, heck, I believe in unicorns!), I think that this book was fabulous.

Between Two Kingdoms is a great story with a great message delivered by a brilliant writer. It is filled with well-developed, developing, likable characters, exciting plot twists, and a boatload of creativity. And, since it's such a quick, easy read, I feel like I can recommend it to everyone. Adults, young adults, Christians, and non-Christians alike will all find something to be gained from this book.

Summary: In this work of allegorical fantasy, author Joe Boyd takes us on a pilgrimage to a land of two kingdoms, but only one true King. An ancient land, where children never grow old. A living land, where foundations grow in trees and rivers sing and breathe. But also a dying land, where the darkness of a false prince threatens to swallow everything in its shadow.

Enter the adventure with Tommy, a child of the Great King, as he and his friends accept the challenge to live as grown men and women in the Lower Kingdom—where hope is hidden, vision is clouded, and pride twists truth into a beautiful yet deadly deception.

Cover Story: The cover is actually what attracted me to this book to begin with. I find it mysterious and fantastical, and I absolutely adore the font!

Disclosure: This book was sent to me for review by the publisher, which in no way affected my review.
Posted by brizmus at 7:06 PM
Email ThisBlogThis!Share to TwitterShare to FacebookShare to Pinterest
Labels: 3 1/2 stars, christian

It does sounds interesting and great to hear that christians and non christians would enjoy this book. Quick and easy are always good. :)

Cool review! I want to sit around the campfire and I love the cover.