And this week, I thought I'd talk a little about my favorite Japanese author, Haruki Murakami. 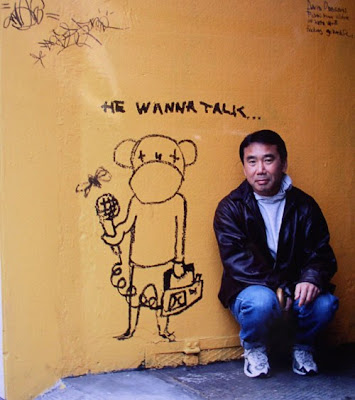 Since he is so awesome, he has become popular outside of the United States as well, which means that you've probably heard of him. His most popular book is "The Wind-Up Bird Chronicle," but my absolute favorite is "Hard-Boiled Wonderland and the End of the World." He has been praised by the Guardian as one of the world's "greatest living novelists," and frankly, I have to agree. His amazingness will never cease to amaze me. He was born in 1949, wrote his first fiction when he was 29, and has just been getting more and more amazing ever since. 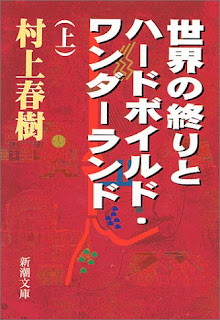 His most recent book 1Q84, pronounced in Japanese the same way you would pronounce 1984, was published in Japan in 2009, and I am SO excited for it to be released in English. You should be, too! I don't know anything about it other than the 1984 reference, and since 1984 was such an AWESOME book, and Murakami is also the awesomest, I don't really need to know more. 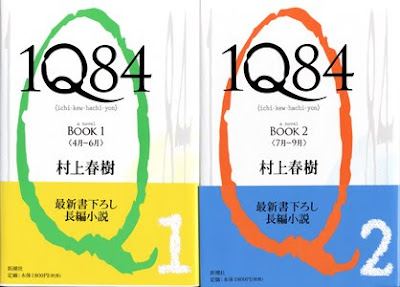 My dream is to someday be able to read Murakami in Japanese, as I know that would be awesome.

If you are interested in seeing some of the French and American covers of these books, I point you to the French Friday I did on French Japanese covers.

Anyhow, that's all I have to say about Murakami for now. If you've never read anything by him, I highly recommend you do so. NOW!
Posted by brizmus at 5:48 PM
Email ThisBlogThis!Share to TwitterShare to FacebookShare to Pinterest
Labels: ff, jf

I read about this author in the Guardian and added him to my library list. Thanks for spreading the word.

Whoa, I just looked him up on Amazon, and he's gotten some wonderful reviews! I just added his name to my TBR list! :)

i've read one murakami so far and liked it - sputnik sweetheart. 1q84 looks like a good one to try next.

I'm so looking forward to 1Q84! Was so tempted to buy the books when I was in Japan recently...but knew that it would take me forever to read in Japanese :-( I looked in Wikipedia and it's going to be aaages until the English translation comes out...