So, I had to create a YA cover as one of the Holiday Break Activities, and I ended up with the creepiest picture to use. Seriously, I was almost embarassed to post it. Check it out here.

So now I'll do it again for the Week 4 Mini Contest at the Neverending Shelf and hope I end up with a better YA cover. 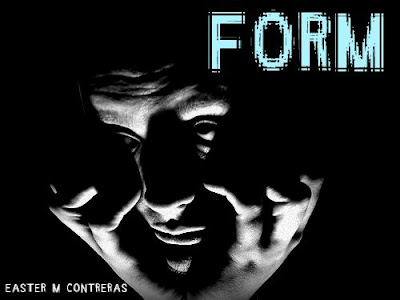 Summary: One unassuming night, Zaccharias woke up in a cold sweat, screaming. Since then, he hasn't been the same. He walks around on his toes, talking to entities only he can see, scratching at his skin until he bleeds, and occasionally adopting facial expressions of sheer terror. As the days go by, his condition is getting worse and worse. He is losing his grip on reality at an exponential speed, seemingly tortured by something only he can see. Tara Lynne, his girlfriend, will do anything to save him, but what she discovers as she glimpses further and further into Zaccharias's new world is more horrifying and unexpected than she ever would have believed.

And there you have it, folks! Enjoy!
Posted by brizmus at 6:00 PM
Email ThisBlogThis!Share to TwitterShare to FacebookShare to Pinterest
Labels: ya cover

You should write horror books. I'm actually scared. Oh, and you managed to talk about toes again ! I think the last one traumatized you. :) Happy Christmas !!

Creepy. Thanks for participating. I would read your faux book.

Ahh that sounds really creepy! Haha but omigosh I would definitely love to read that. :)