I am so all about the unicorns! (plus a winner)

Hellllo everyone, and Happy Sunday!

Now, before I get to anything else, I think I have a winner to announce from my blogfest contest! It's a little late, but with two tests and school and working and having over 400 entrants with nearly 900 entries, let's just say the winner picking took a while.
But without further ado, the winner of my blog fest contest, picked by random.org, is

Now that that's out of the way, we can get on to saying how much 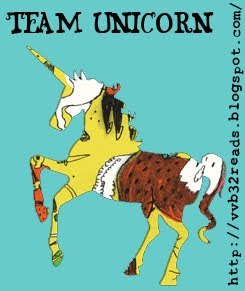 When I first heard about the debate between unicorns and zombies, I was horrified. Mortified. I mean, how could ANYONE even THINK of comparing the beauty and majestic wonder that is the unicorn to, well, to zombies.
It seemed blasphemous, and I wanted nothing to do with it. And in any case, unicorns would just win, right? Because who would go in for the zombies? But then it turned out that LOTS of people were planted firmly on the side of zombies.
And I kept hearing about the debate in more and more places. And then
there is a whole zombie unicorn debate going on over at vvb32 reads, and so finally I had to put my opinion out there. 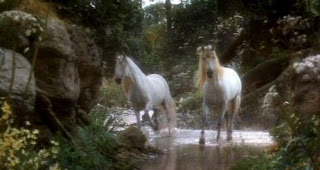 First of all, unicorns are pure and innocent and wonderful (despite some people having recently tried to turn them into an abomination of what they actually are). Second, unicorns are magical (and um, helllllo! Isn't magic awesome?!?), and through that magic, they inspire. They inspire in us beauty and wonder and majesty and everything that is good.

Do you think a zombie could every inspire music as beautiful as that?!? Images as beautiful as those? A movie as wonderful (despite what Tom Cruise says) as the movie Legend? Wait, don't answer that. I don't need you to. The answer is clearly no. It's all unicorns, baby!

And not to be forgotten of course, is, along with Legend (and the unfortunately unicornless the Neverending Story and Rad), one of the greatest movies of all time, the Last Unicorn.

Even Kenny Loggins was inspired to do something awesome. 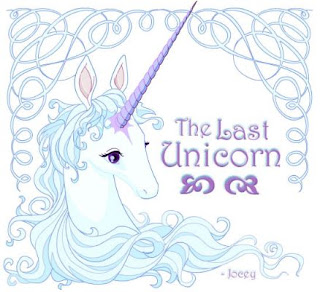 Anyhow, now that I've persuaded you that unicorns are SUPER RAD TO THE POWER OF INFINITY, go check out vvb32's zombie vs. unicorn contest, make your own post (supporting unicorns, of course), and be entered to win some awesome prizes! There are also tons of different contests going on there all throughout the month of September. If you comment on this post, you can be entered to win without making your own post, so check out the prizes, and comment away! :-)
Posted by brizmus at 12:21 AM
Email ThisBlogThis!Share to TwitterShare to FacebookShare to Pinterest
Labels: contest, contests, unicorns, winner

Unicorns have their attraction of course but I am...I'm sorry to say...TEAM ZOMBIE. I wouldn't want to *be* a zombie. If I had to choose to be either a zombie or a unicorn I would so be a unicorn. But reading about them...it's brain-nomming all the way for me.

sticking to my team unicorn! :D

Congrats to the lucky winner!

You are absolutely RIGHT!
There is no doubt that unicorns are magically DELICIOUS ... mwha ha ha
Team Zombie strikes ;D

I haven't thought about unicorns in a while and I can't even remember the last time I read about in which they were featured. But I definitely agree that unicorns trump over zombies. I mean- zombies are just plain nasty. They are dead and rotting. What's the appeal in that?

Great post! I actually will have to side wiht you on the Unicorns... who doesn't love The Last Unicorn?!?

I'm on team unicorn too! I find these magical creatures attractive.

Yayyyyy! Welcome to the team!!

Another reason to be on Team Unicorn?

If a Unicorn kills you, you probably deserve it.

Great post! I agree with everything! YAY team unicorns!

Good point about Team Rainbow Farts inspiring all the sparkly things in us all, but I'm a diehard zombie fan. Huzzah for the undead!

Huzzah, I say!!!
I gues my cheer isn't going to catch on this year. Oh well, there's always next year!