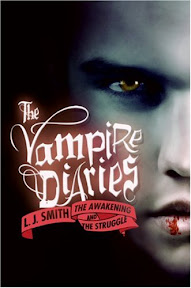 Title:The Vampire Diaries: the Awakening, the Struggle, the Fury, and Dark Reunion

Okay, so for this post, I'm doing it, I'm changing the format that I have always used. Why? Because, I loved these books, really I did, but here, I want to talk about the TV show! 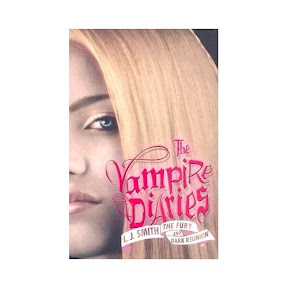 I read the books this summer because I knew that the CW had turned them into a TV show that they were going to be airing this season.
Honestly, I love everything I've ever read by L.J. Smith, and I've always loved all things supernatural and all things vampire, so I really don't know HOW I had never read these books. But I hadn't. In any case, they were all fantastic, and I was psyched to finish all of the old ones (the one that came out this year is up soon on my list of books to read) before the season premiere, which was yesterday. 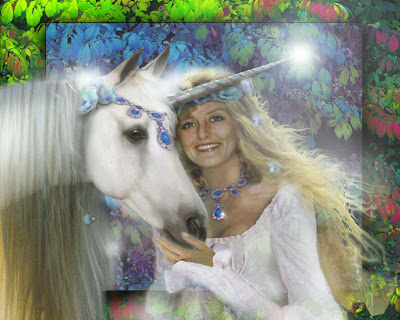 How could anyone NOT love L.J. Smith, with an author photo like that?!?

I watched the pilot this morning, and I absolutely LOVED it! Seriously! It was a bagazillion times better than I was expecting. 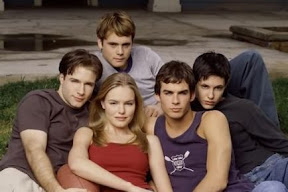 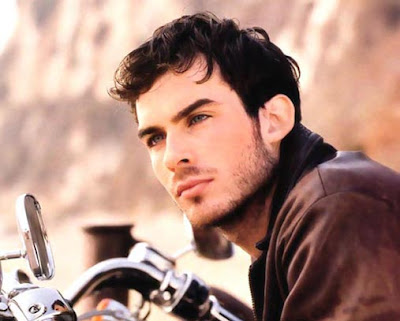 Ian Somerhalder Hotness
And then I'd also heard that Elena was going to be weak and totally different from her character in the book.
Well, Elena is not AT ALL weak in the show, her brown hair actually suits her well, and in the end, I think (only after one episode, mais bon) I actually like her character in the show better than in the book (shhhh, don't tell L.J. Smith). And then Ian Somerhalder as the bad guy - SO unexpectedly hot! He plays the role so well that I really couldn't see him as anyone else. And then Paul Wesley, whom I had never before heard of and who played Stephan, did am AMAZING job. I totally thought he didn't look right at all for the part, but he absolutely ROCKED it! 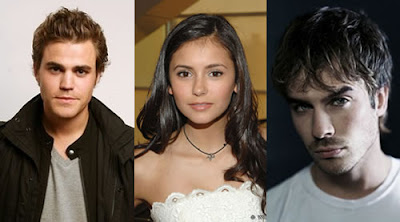 Stephan, Elena, and Damon
All in all, I was impressed. Nothing was as I hoped or imagined; it managed to exceed my hopes and expectations. And, coming from someone who NEVER likes the movie or the show better than the book, that is a mega high compliment.
Now I just hope the rest of the season will live up to my new high expectations. I know the next book will!
Posted by brizmus at 2:05 PM
Email ThisBlogThis!Share to TwitterShare to FacebookShare to Pinterest
Labels: 4 stars, tv

I'm glad you found something to be excited about =) I'm happy that it exceeded your hopes and expectations, it's nice when that happens!

I love how we are so alike in so many ways... and so different in others. I wonder why I never got into scifi...

If you haven't seen these shows, they're available on Netflix. You can also find them on Utube, but they're segmented.

Hey, if you live in France, would you be willing to look over a poem I've written? I want to know if I've got the grammar/syntax right.

I'm an English teacher, but I have taught French years ago. When I wrote this poem in French, I thought it probably had some mistakes, but I need somebody to help me correct it because my French is so rusty.

To make sure I'm not a creepy stalker or weird lurker, you can find out more about me on my blog (just click my name).

Vampires Diaries is a breathing taking story, that you should want to miss it. :)