I have tried very hard on numerous occasions to get into Japanese drama - it seems like, if I could like it, it would be a super great way to practice my Japanese listening skills. And yet, I've never been able to find one I like. Until now. 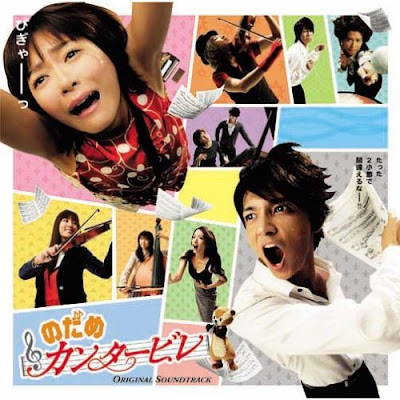 I find myself OBSESSED with Nodame Cantabile, an adorable drama about two piano students at music school. I just finished the 11 episodes of the series and am DYING to watch the Europe special and then the two movies that follow. Nodame isd sort of flitty and totally reminds me of myself (which is probably not a good thing), and Chiaki is serious and super talented, and, aside from the occasional issue, their relationship is the most adorable thing ever.

My favorite character is an adorable violin student called Mine (Eita in life), who loves rock! He's super doofy and awesome, just like I like em! 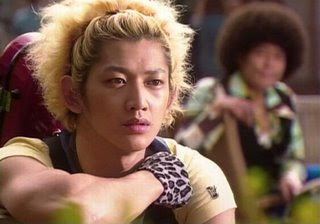 Apparently he and the main actress, who plays Nodame, are in another drama, Last Friends, together, and I now MUST watch it.

Yay! Thank you Nodame for being so awesome and being my J-Drama gateway drug! :-)
Posted by brizmus at 4:37 AM
Email ThisBlogThis!Share to TwitterShare to FacebookShare to Pinterest
Labels: nodame, thingsilove

I bet my husband would enjoy this one. He spent a lot of time in Japan and really loves the culture over there. We both love anime as well. Thanks for sharing this!

Sounds like a great series! Too bad I don't know any Japanese :P